2018 has been a great year for animation. We got some returning shows back for another season, long awaited films that pushed the boundaries of the medium, and some all new series that blew us away. But which ones stood above all the rest?

Today, I’ll be going over my top picks for animated shows or movies and decide which ones were my favorite of the year. These include western cartoons, anime, and animated movies. Now, I won’t be counting any shows that began in 2017 and ended in 2018, so no Ancient Magus Bride or March Comes in Like a Lion.

Even though I fucking love those two…

But of course: I don’t have the time to talk about everything from this year. So really quick, here’s a list of my honorable mentions.

I could go on, but the list of honorable mentions would be a thousand times longer than the actual list. So let’s leave it at that and start with the top animated movie of the year: Spider-Man: Into the Spider-Verse. 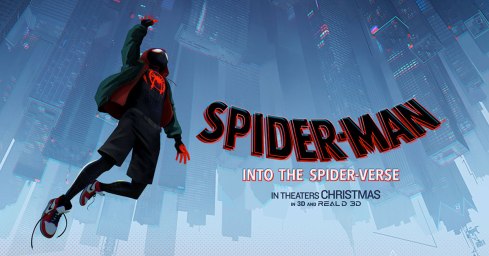 I haven’t made an in-depth review of this movie, and at this point I don’t think I will. I had planned to do so after my second viewing, but the plans for that fell through, and so I’m still only running off of my first viewing. That being said, I can still say this with confidence:

This is the single best movie in the history of Spider-Man, and one of the most beautifully animated films ever made.

Everything in this movie works really well. The story, script, characters and voice actors are all both hilarious and incredible, and the story quickly sucks you in and keeps you there right up to the end. The score is amazing, and the animation is drop dead fucking gorgeous, as if it were ripped right out of a comic book! Be you a hardcore Spider-Fan or a casual movie goer, this film is definitely worth your time, and is without a doubt the best animated movie of the year.

Now, moving away from movies (because Spider-Man and Incredibles 2 are the only ones that I can recall having seen right now), let’s talk about my favorite subject on this blog: anime. And if you’ve been on this site for more than ten seconds, you can probably guess what I’m about to say.

Season 3 of My Hero Academia.

I’ve already talked your ears off about this show, so I’ll keep it brief. This season, while I do think is slightly weaker than season two, was absolutely fantastic from start to end. From Deku’s battle with Muscular, All Might’s grand finale against All For One and the long awaited rematch between Deku and Bakugo, this season was filled to the brim with beautifully animated and powerful character defining moments. Top it off with solid music and animation, along with incredibly solid pacing and character writing, and you’ve got a show that would’ve been the top of the year.

Had season two of Castlevania not come along.

You knew this would be here. It had to be here. This season was the single most wonderful, powerful and beautiful pieces of animation I have ever seen. How could it not top the list?

I’ve already reviewed this one before (link to that right here), so I’ll keep it brief. No other show this year has had such a powerful impact on me. While My Hero Academia had me in tears, I was partially expecting it to do so. Castlevania, on the other hand, took me completely by surprise. Not only by managing to make me cry, but doing so with the main fucking villain of the series.

Speaking of which, I don’t think I’ve ever seen a villain in an animated series as powerful, interesting or well written as Dracula. He is sympathetic, relatable and easily rooted for (despite his goal being the extinction of humanity) yet intimidating and monstrous at the same time. Despite the whole season building up the fact that Dracula’s been weakened thanks to him starving himself, you can tell that he’s the deadliest threat in the series the moment the final battle between him and our heroes begins.

Yeah, bet you forgot that little fact. Dracula went into the final battle with a major handicap. Can you imagine how hopeless it’d be for Trevor, Sypha and Alucard if he wasn’t starving himself?!

I could go on and on about it, but again: I’ve already reviewed the season, so I’ll call this the end. What about you guys? What were your favorite animated shows this year? Feel free to let me know in the comments and we can get a discussion going.