A few nights ago, I had a lovely conversation with a coworker about our favorite Zelda games. So I figured I’d bring you guys in on the conversation and share my opinion with you all as well. Why didn’t I do this the day of the discussion, you ask?

Because I was busy talking about Minesweeper, that’s why.

Today, we’re going over my top five favorite Zelda games. Now, I should mention: I adore every single game in the franchise (including the CDI games, for ironic reasons). I’ve played them all to completion, and I’ve completed many of them one hundred percent. Really, I could switch out any of these games depending on the day you ask me. But let me give you my list for today. 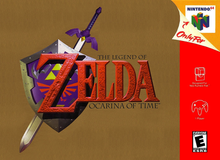 Now, I know. Everyone rambles on about Ocarina of Time. It’s the first 3-D Zelda, therefor it’s immediately one of the most important games in the franchise if not the most important. And for the first 3-D Zelda game, it’s pretty solid. It feels good to control, the Z-Targeting system is excellent, each dungeon is fun to explore (with the obvious exception of that fucking Water Temple) and the boss fights are really fun. The gear is fun to use, exploring feels good, everything this game needs to do to be a Zelda game is done excellently.

But there are some big issues. For one, combat feels very repetitive for a lot of the enemies. It falls into a simple cycle: raise shield, wait for enemy to attack and leave themselves open, attack. Rinse, repeat, kill, and move on. And considering how much combat this game has, this is kind of a big issue.

Then there’s the item select menu. In the original N64 version, it’s very cumbersome to constantly open this up and flick between the items. For example, the Water Temple requires you to constantly switch between the Normal Boots and the Iron Boots as to traverse up and down the level. Which means constantly opening your menu, waiting for it to load, selecting the item, waiting for the menu to drop, and waiting for the game to load again. Over and over for the entire level. Luckily, the 3DS version did fix this by putting the menu on the touch screen, thus removing the loading time altogether.

Zelda 2: The Adventure of Link. 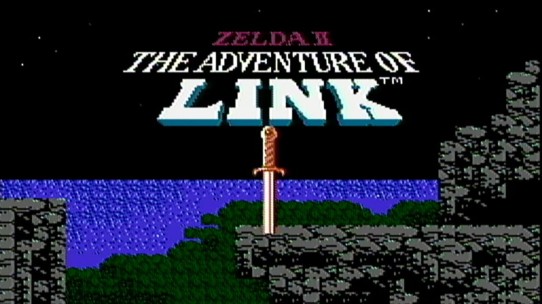 Everyone in the world seems to hate this game. And I honestly can’t see why. Sure, it’s not Zelda 1. But I don’t want it to be. I want it to be something new.

And oh boy this is something new.

This game is not what you’d think when you think Zelda. Unless you’re image of Zelda is a side scrolling action RPG that will kick your fucking ass over and over again. And if that’s the case… is this the only Zelda game you’ve played?

I fucking love this game. Combat is tense, fun and varied, the levels are easily the hardest in the entire series, and it has one of the most memorable set of boss fights in the entire series. My personal favorite being the Dark Link fight at the end (which I beat without the corner exploit, by the way). This game plays very well, both in controls and in level design.

Now, it’s hardly flawless. They introduce the fact that you can walk through certain walls way too late into the game, which makes it very easy to get lost or stuck at points in the game. The brutal difficult can feel very unfair at times, such as the final stretch before the final dungeon (which has the only checkpoint in the entire game, as the designers knew just how fucking hard it is). Plus, it is an RPG. If you’re numbers are high enough, you can greatly reduce the difficulty of the game.

Except for the final level. You could be level ten fucking thousand and it’d still kick your ass.

A lot of people didn’t like this game. I can see why, but I simply can’t see why it’s garnered so much hate. Luckily, the third game in the series, as well as the third on our list, fixed a lot of the issues people had. That’s right folks.

It’s time for a Link to the Past. 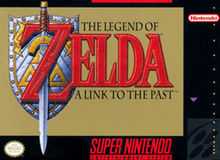 Many consider this game to be the best in the entire series. And I can hardly fault them for that. This game takes the incredibly solid foundation left by the original Zelda and refines it to perfection. The plot is improved tremendously, which makes the game feel like a genuine adventure. The number of items, dungeons, and places to explore have been dramatically increased, and all of them are fun to experience. It’s challenging, beautiful, and adventurous.

Honestly, there’s nothing that comes to mind when criticizing this game. It’s an incredibly solid game that deserves it’s rank as a classic. It’s just a really good game that encapsulates the feeling of adventure that Zelda is known for. 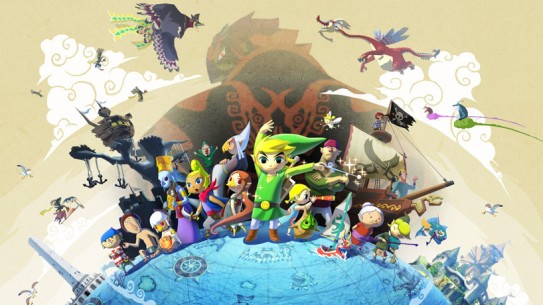 Wind Waker is simply delightful. It’s gorgeous, fun to explore, and the plot is simple and engaging. Much like how Link to the Past refined the foundation of the original game, Wind Waker refined the foundation left behind by Ocarina of Time. The combat feels much better, with tons of different maneuvers to make it feel more varied, thus killing the dull feeling of repetition that dragged Ocarina of Time down.

Unlike Link to the Past, however, I do have some critiques for this one. The main one being the dungeons. While they are very large, I didn’t find them very fun to explore on repeat playthroughs. The boss fights, while they are cool looking, often drag down the frame rate to Dark Souls 1 Blighttown levels, which is just terrible to look at. And while I do think the HD remake made the Triforce Hunt less tedious, it is still far from fun to do.

Still, flaws aside, I really love Wind Waker. But, as good as it is, there is one game that I love more. One game that tops all other Zelda games for me. And I get the feeling people are not going to agree with me on this. At all. My number one favorite Zelda game is…

The Legend of Zelda: Skyward Sword.

Alright. Go ahead. Come at me. I don’t care. I fucking love this game to death.

No, it’s not perfect. The Great Sky could use a lot more content to explore, returning to the same three areas over and over can feel pretty repetitive, and the stamina system can be very annoying. Some people have struggled with the motion controls, but they always worked just fine for me, and I had a ton of fun with the combat because of it.

Except for that god damn bug net. Fuck that thing.

I can acknowledge those flaws, yes. But I still adore this game. It’s absolutely beautiful, the story is easily the best in the entire franchise, featuring the best characters and the most engaging incarnation of Link in any game. Link’s relationship with Zelda is completely adorable, and it serves as the perfect story motivation. Throughout the entire tutorial, we get to see Zelda and Link’s relationship. We learn about their history, we see them flirting back and forth, and you can tell that the two have a genuine friendship that could quite easily evolve into romance. So of course, when Zelda disappears beneath the clouds, the motivation behind Link’s actions become crystal clear: save best friend/ love interest.

And that’s just the two main characters. The rest of the supporting cast is easily the best in the series. Groose is the funniest character, and he has a genuinely interesting and engaging character arc. Fi, while she is annoying gameplay wise, does have a fascinating growth and a heartbreaking end (I can admit that Skyward Sword makes me cry every time I finish it, I’m secure enough to say it). And then there’s Ghirahim, who is beyond a doubt the most interesting and terrifying villain in any Zelda game. He is completely insane, menacing and clearly extremely powerful.

It’s just a damn shame that he gets shouldered aside for Demise right at the last second. Although that Demise boss fight is fucking awesome.

I love everything about this game. Each dungeon is unique and fun to explore, including the water level. Each boss fight (excluding the three Imprisoned fights, fuck those) is fun and challenging. The puzzles are fun, the music is spectacular, the cell shaded art style is beautiful, each side quest is fun, I could go on and on.

Is it fueled by nostalgia? Nope. I played through this game rather recently, actually, and I still fucking love it. So no, it’s not just because I played it as a thirteen year old and adored it then. I genuinely think it’s a great game, even to this day.

So go ahead. Burn me at the stake. I don’t care. I’ll be defending this game to the day I fucking die.