This is it. The big one. The grand finale.

Until the Heisei period starts.

Design wise, he feels like another doppelganger of Godzilla, but this one has a more fish-like design. It makes a ton of sense though, considering that Titanosaurus lived in the ocean. While he does lack powers like atomic breath, he makes up for it with dirty tactics and sheer strength.

Plus, he did this. 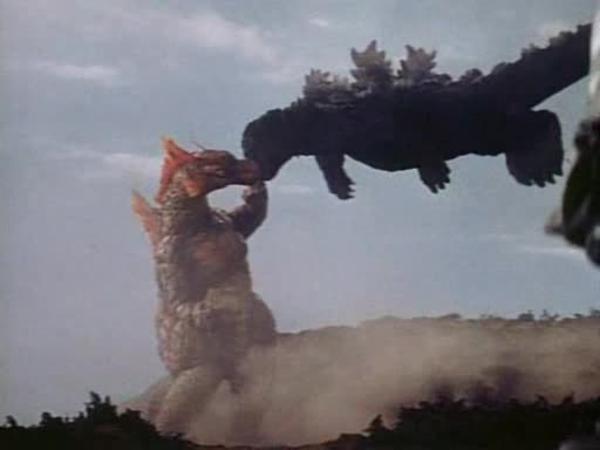 This mother-fucker just threw Godzilla with his mouth! That’s awesome!

Three: Godzilla only shows up at the end of the movie. In the FINALE of the entire franchise. And he doesn’t show up until the last fifteen minutes of the movie!

The balls of this movie!

Forth and last of all: the ending. This is easily one of the best endings the franchise ever got, with Godzilla simply walking into the ocean and never being seen again. It’s the equivalent of Indiana Jones literally riding into the sunset, and it’s kind of great. It would’ve been the perfect way to end the franchise forever.

Again, until the Heisei period happened. Not that that’s a bad thing, the Heisei movies are great.