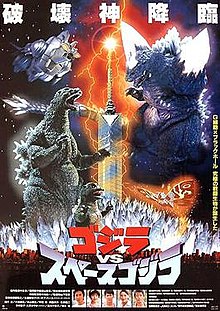 This is it. The big one. The one that everyone knows and loves…

Sorry. I couldn’t even write that with a straight face!

This movie is terrible and I fucking love it! Seriously, the plot is laughable, the special effects are mediocre by Godzilla standards, and the monster is so hilariously lazy that it immediately skyrocketed into infamy, even by this series standard.

This titular monster being the one and only SPACEGODZILLA!! 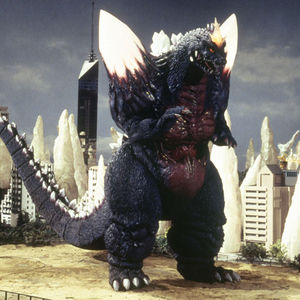 While this guy does have a pretty memorable design, you can’t get over the simple fact that his very existence is lazy. After three movies of call-back monsters plus the incredibly creative Biollante, we get… this! Seriously, the only explanation that I can come up with is Toho said ‘Well, Godzilla VS Mechagodzilla was a hit. But we can’t do him again so… how about Godzilla from space? Spacegodzilla, if you would.’

Safe to say, I love him. 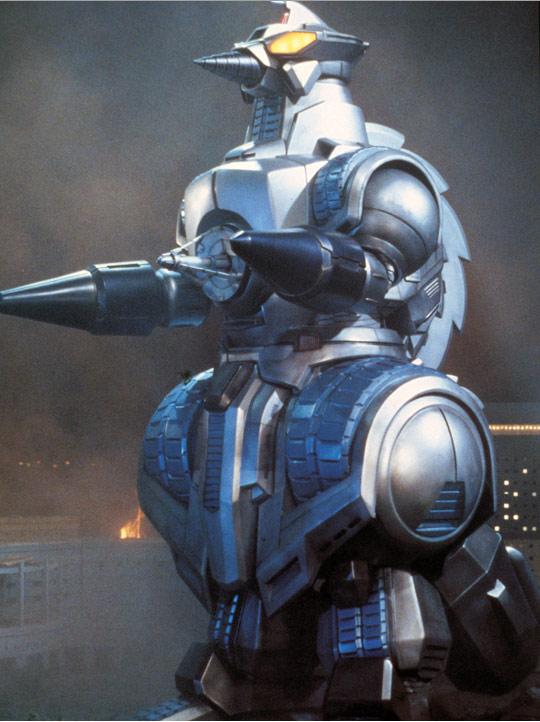 This mechanical Megalon knock-off is one of my favorite mecha-monsters in the entire series. Granted, there are only about three mechs in the franchise, including him, but my point still stands!

(Quick question: do we count Gigan as a mech? I personally don’t, but his body does have a lot of mech-like features. Please feel free to call me an idiot and explain why he isn’t in the comments.)

The second and much more simple thing is: Baby Godzilla.

This bastard is adorable and if you disagree you’re wrong and you hate everything that is good in this world. He’s no Minilla, but he does have the cute factor going for him.

Aside from that though, this movie doesn’t have anything good going for it. If you enjoy really bad and fun movies, I could think of only a few better choices. Especially if you’re a Godzilla fan.

However, if you’re not a Godzilla fan or a bad movie fan… I can’t say you’re missing a whole lot by skipping this one. Still, I’d say give it a shot if you’re interested.